Azizë Stirling, an independent Mindfulness teacher in Oxford, UK, was offered one of our bursaries to attend the 2017 Summer School. Here she describes researching the case for a mindfulness course aimed at people with Parkinson’s Disease, forming a social enterprise to work with groups of people who aren't served by existing mindfulness programmes, and her plans for the Summer School.

“I’m hoping that the Summer School will be an opportunity to explore many other matters that touch on the work I’m doing now – as a researcher, course developer and teacher.”

Independent mindfulness teacher Azizë Stirling is in the 4th year of the mindfulness Master’s Programme at Bangor University and is scheduled to finish her thesis at the end of this September, looking at whether there is a case for developing an 8-week mindfulness course specifically aimed at people with Parkinson’s Disease, and what the special features of such a course would need to be.

Azizë was recently invited by her local Parkinson’s UK group to run an adapted 8-week course for their members, and hopes to have a second course ready to run in the autumn. She says the theme of this year’s Summer School, ‘Investigating mind without losing heart: mindfulness, fragility and compassion’, is particularly poignant for her, having worked with people living with Parkinson’s. Her work has led to questions such as “How can the cognitive in MBCT work when being met with cognitive impairment?” and “In the context of someone having such a bleak future, how do we work with feeling that our mindfulness resources are puny in the face of this?”.

She adds, “The focus of my work is evaluating what sort of Mindfulness programme would best serve people living with Parkinson’s and why, which means looking closely at the issues that are brought up in the ‘Warp and Weft’ paper, such as developing and maintaining a clarity of what constitutes integrity as demonstrated in the original programmes”. 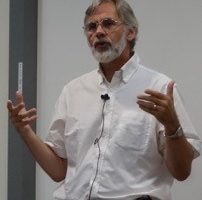 Due to an increased demand for online international programme delivery, we are looking for an experienced mindfulness-based cognitive therapy (MBCT) teacher and trainer to provide leadership of our portfolio of MBCT courses for the general population. 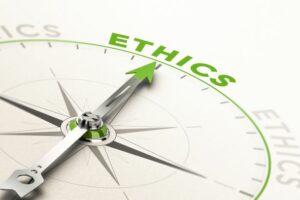 At the University of Oxford Mindfulness Centre (OMC) we’ve developed Guiding Ethical Principles to provide guidance on what anyone can expect from us in terms of ethics and integrity.