José Godoy, a self-empoyed clinical psychologist and Mindfulness practitioner from Asuncion, Paraguay, was offered one of our bursaries to attend the 2017 Summer School. Here he describes what inspired him to teach mindfulness, his current work with parents of children living with disabilities, and his hopes for the Summer School. 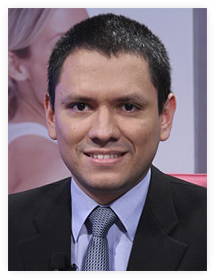 “My main motivation to attend is to get more formal training in the field of MBCT as there are not training programs available in my country at the moment.”

José Godoy is a self-empoyed clinical psychologist and Mindfulness practitioner from Asuncion, Paraguay.

After experiencing the 3 minute breathing space meditation as a Mindfulness student in Johannesburg, South Africa, José felt that this practice could also help other people like himself. For the past three years he has been facilitating 8 week training sessions inspired by the MBSR and MBCT programmes, in what he describes as “a learning journey of curiosity, courage and compassion”. He has included the 3 minute breathing space in every single course he has conducted and as a result, has personally witnessed how this particular practice has brought relief to many people struggling with stress, anxiety and depression. He adds, “Mindfulness-based practices have never been implemented before in this part of the world so in a way, I am still figuring out how to effectively promote and advocate the use of Mindfulness in areas where I am confident it could make a significant impact”.

One of José’s children is blind and has autism, and he knows first-hand that parenting children with disabilities can be challenging and at times, can leave you emotionally drained. He says, “I’ve wanted to share the gift of mindfulness with this vulnerable population that I am also part of. Consequently, I have facilitated pro-bono Mindfulness programs for parents of children living with disabilities”. Most of the parents who took part in these programs, Jose reports, came from humble backgrounds (according to the last census, 35% of the population in Paraguay lives in poverty).

José feels that attending the Summer School will help him in a number of ways. His main motivation to participate is to get more formal training in the field of MBCT in order to improve his facilitation skills, as he reports these training programs are not available in his country at the moment. To address this, he started offering the first ever Mindfulness training program in Paraguay for people who would like to become Mindfulness practitioners. He explains, “there is a real need to spread Mindfulness locally and people have been asking me to train them to become facilitators. As a result, I must develop appropriate mentoring skills and I am confident that taking part in the Summer School will give me more tools for this new journey”.

In addition, he says, “I am really inspired by the work of Mark Williams. I have followed his audio programs, read books he co-authored and listened to several of the guided meditations led by him as part of my daily Mindfulness practice. I think his contribution to the field of Mindfulness is really valuable, so the Summer School will give me an opportunity to learn from him first-hand”. [Mark Williams will be talking on Mindfulness and psychological science, and Autobiographical memory and the sense of self during the 2017 Summer School]

José also welcomes the chance to connect with other MBCT teachers and explore the possibilities of creating or joining a global network to help and support each other, share experiences and ask for advice. This is particularly important for people like José who don’t have colleagues locally doing a similar job.

He adds, “I believe that it is a privilege, but also an obligation to do my best to share Mindfulness practices with people that I encounter who might benefit from it. I also think that each one of us can make our small contribution towards building a more inclusive society where people are treated with dignity and have access to mental health care regardless of their socio-economic background. I strongly believe that Mindfulness based interventions have the potential to move us in that direction.” 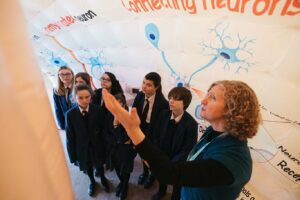 The MYRIAD project are pleased to announce that their free legacy resources around mental health and mindfulness research are now available to download.

We are delighted to collaborate with Positive East in London to deliver our first 'mixed model' teacher training programme. This collaboration brings in person and online delivery together to meet the needs of local communities and adapt to Covid-19 travel restrictions. 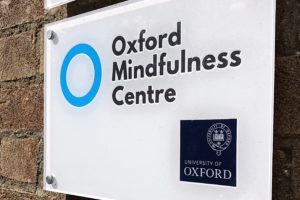 Join our Masters Students for an online 8-week mindfulness course

Join our Masters Students in their final stage of their two year degree as they offer an 8-week course taught under supervision.