£4000 was awarded to Andy Phee at the Pentonville Prison Mindfulness Project, which aims to introduce, develop, and support the use of MBCT over two years with staff from a number of prisons that Barnet Enfield and Haringey Mental Health NHS Trust provide mental health care provision to. 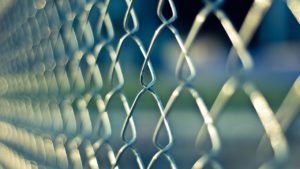 The prisons involved in the project include Pentonville, Wormwood Scrubs and Brixton prisons, as well as Feltham YOI and prisons from the Buckinghamshire group.  Further  courses will also be offered to prisoners within healthcare at HMP Pentonville (which houses 1300 mainly remand prisoners).

Prisoners can experience various stressors through the incarceration process, such as separation from loved ones, uncertainty regarding the future and adjustment to the prison regime, with remand being a particularly difficult time. Almost half the UK prison population suffer from anxiety or depression and suicide and self-harm rates have increased by 25% in the last year.

Research has demonstrated the effectiveness of MBCT for people who suffer from depression yet there is little evidence of MBCT implementation in UK prison mental health services.

Research also suggests prison staff incur a higher level of job stress and burnout due to the nature of their work. Encouraging evidence from mindfulness programmes delivered to NHS staff has shown quicker recovery rates from stressful situations and reductions in overall stress. This suggests the delivery of mindfulness programmes to prison staff may provide an effective tool to manage work related stress and burnout.

The project started in early February this year. Prior to starting, a great deal of preparation work was required, including navigating security clearance for the teachers and seeking cooperation and goodwill from Healthcare and Discipline staff within the prison to create space in the prison routine for staff groups to attend, and a review of the teaching materials to ensure that they did not breach prison regulations.

Mindfulness for prison staff
Between 18-26 staff from various professions and disciplines with the prison, including probation officers, occupational therapists, chaplains, prison officers and psychologists, attended the initial ‘Frantic World’ group each week. The informal evaluations have been positive, with attendees reporting “Finding breathing spaces very helpful and easily applicable at work”; “Doing nourishing activities I haven’t done in years and not feeling guilt”; and “Noticing I’ve developed an increased awareness of my thoughts and of just being”.

Mindfulness for prisoners attending mental health day-care services
The project was also able to trial some adapted mindfulness practices with prisoners attending mental health day-care services in the prison. The men present with a variety of moderate to severe mental health problems, learning difficulties and complex needs, including drug dependency and trauma. The initial intention was to meet for two sessions. However the organisers were so energised by the extraordinary warmth of the welcome they received from the inmates and the receptivity to practices, they decided to extend the group to seven sessions for two groups of inmates.

What emerged was the outline of a course specific to prisoners with mental health problems on remand. The mindfulness practices were adapted so that prisoners could do them without drawing too much attention to themselves in the wings eg. mindful mouthfuls of food and sips of drink, mindful standing, and mindfulness of sounds (as prison is very noisy, even at night).

The situation offered some particular challenges for mindfulness teaching, with some of the usual vocabulary not being suited to the prison environment, and the inability to follow up group members who had gone to court and were then involved in a lengthy trial or were released or moved to another prison.

Short cognitive therapy exercises were incorporated and most practices were a maximum of 10 mins in length to minimise participants getting lost in strong internal stimuli such as hearing voices, or to reduce restlessness.

A short written evaluation elicited feedback on the sessions such as “Being ok with loud noises/stress- just accepting I can’t change certain things and knowing it is alright to feel certain sensations”; “it helps you with anxiety” and “helped my mind to stop racing”. (All participants gave permission for these quotes to be made public.)

Andy Phee reports, “We learned not to make assumptions about what might be going on for the prisoners… prisoners who seemed unengaged [during the sessions] offered valuable, insightful reflections at the end of sessions”.

An MBCT group for staff from several London prisons is currently underway.

Next steps
Further groups with prisoners will take place in January 2018. The grant awarded by OMC inspired managers in Barnet, Enfield and Haringey Mental Health NHS Trust to match the funding to support a staff teacher training course in mid-2018.

Andy adds, “We are keen to reach as many prisoners as possible in January 2018 and plan to offer more than one group on our day each week. Professor Mark Williams has been most generous in offering his expertise and teachings pro-bono and will continue to do so”.