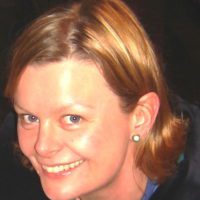 I have a lot to be thankful for. In particular, I am eternally grateful to the infamous ‘Beast from the East’ – a wave of cold weather that brought widespread unusually low temperatures and heavy snowfall to many parts of the UK and across Europe in February and March 2018.

On the day of my interview for the MST in Mindfulness-Based Cognitive Therapy (MBCT), the temperature had dropped to −14 °C (7 °F) in the Cairngorms in Scotland, and a mere -5°C in Oxford. Trains from my local station in Suffolk had ground to a halt, so I faced a car journey across the country on a day when all advice from media and friends was to do very much the contrary.

When I arrived at Kellogg College 4 hours later, I walked into the interview room with more of an air of heart-melting gratitude and relief than anxiety. I was alive and nothing else at that moment mattered!

The interview experience itself is a little blurred in my memory. The interview panel was warm and welcoming and seemed almost surprised to see me at all. I also remember laughing hysterically once or twice – further evidence of the sheer relief and disbelief that I was there at all, and not lying in a ditch somewhere outside Brackley.
Yet that interview experience could have been so different. Indeed, I came very close to not applying for the Masters at all, dismissing the initial idea pretty swiftly as folly. I simply wasn’t experienced/clever/beatifically mindful enough to be considered even for an interview. I wasn’t a clinician or psychotherapist. While I had worked with people teetering on the edge of mental illness, this had been in the context of schools and other youth-focused organisations (Mindfulness in Schools Project), and I certainly struggled to distinguish IAPT (the Improving Access to Psychological Therapies programme) from ACT (Acceptance and Commitment Therapy).

I didn’t realise it then, but I had become a spectacular case study for my own learning on the Masters course: my processing was very much ‘discrepancy-based’; my ‘Default Mode Network’ was working overtime; I was living, breathing evidence that the human brain is ‘fertile ground for a harvest of suffering’ (Hanson, 2009).
With an overwhelming sense of ‘not being good enough’, I apologetically snuck into the teaching room on that first day of the first teaching block in the first year of the MST in MBCT. Once seated, the first thing I noticed was the geographical reach of the group. We originated from Australia, Singapore, Hong Kong, Turkey, Poland, Germany, Spain… and Suffolk. More striking still was the breadth of interest and experience. We had lawyers, doctors, clinical psychologists, charity workers, counsellors, executives for high-end brands that shall remain nameless, retired airline pilots, teachers – all with the shared intention of becoming part of a community of practitioners in MBCT, helping to reduce suffering, promote resilience and realise human potential through mindfulness.

Since then, we have become a happy band of idealists, riding the waves of 4,000-word essays, intensive retreats, and communicating via WhatsApp between teaching blocks from the 4 corners of the globe, all with a reassuringly similar range of very human questions or concerns.

I recognise that we are still in the final ‘honeymoon period’ of Year 1. Year 2 is likely to be a slightly different ballgame – more intensive, more teaching and assessment-focused, and much larger word counts all round! However, when I reflect back on that freezing day in March 2018, I have no regrets. My inner critic still occasionally reminds me that I may be an ‘imposter’ in the midst of clinically experienced and blindingly brilliant minds, but I now just listen and silently say, ‘thank you for the information’.

At the risk of sounding romantic, this past year for me has been very much a process of thawing and warming – of heart, mind and body. I feel very humble to be part of the Master’s course, to receive such wisdom from a profoundly skilful teaching team, and to learn as much again from the group of intrepid fellow students.
Never underestimate the power of the weather!

Claire Kelly, in the first year of her Masters in MBCT

She has taught mindfulness in a range of settings, including traditional primary and secondary schools, the Guildhall School of Music and Drama in London, pupil referral units (short-stay schools), medical schools, the NHS, Multi-Academy Trusts, to educational and clinical psychologists, in universities (University College London, Kings College London) , and on public courses.
She has also trained teachers to deliver mindfulness courses in the UK, Ireland, Thailand and Hong Kong.