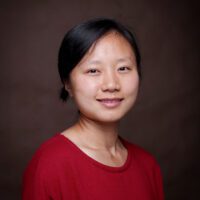 Responding mindfully in difficult times: How mindfulness helped me as a tennis player

Three years ago, I wrote my Master dissertation about self-compassion and wellbeing in competitive tennis players.

In order to have more experiential understanding of mindfulness and compassion, I attended an eight-week course with the Oxford Mindfulness Foundation (OMF). I was totally taken by mindfulness as a student and subsequently received mindfulness teacher training from the OMF. I am extremely grateful for encountering mindfulness at the very young age of twenty-two, as it has powerfully enhanced my mental health and resilience in tough times. I am here to share my story; may it bring you some inspiration and courage to pause and meditate.

Story: I will never be a failure with a compassionate heart

Since my mum taught me how to play tennis when I was ten years old, I valued it as one of the most important parts of my life, that gave it a sense of vitality and meaningfulness. However, I used to experience many mental struggles when playing tennis as I piled the pressure on myself to succeed. I competed in hundreds of tennis tournaments and only won the championship fewer than ten times. One of the most frustrating tennis matches was a loss in the semi-final. I thought I would win very easily but I lost that match 6-4. I felt quite ashamed and annoyed, and lots of critical thoughts sloshed around in my mind, “why you are so defensive in the match? You are just a coward!” “You are a loser, no one likes you……” I started to use travel to avoid the spiral of criticism and did not pick up the racket for one month. However, resistance to the wound was not helpful to my recovery, the criticism and aversion was still in my mind and worsened by later lost matches.

Until I attended mindfulness-based cognitive therapy for life (MBCT-L), I had not realized that I could adopt a different approach when responding to my overwhelming self-criticism: grounding myself, recognizing my scattered mind and body sensations, opening and softening to discomfort (Williams and Penman, 2011). In the following two years, when I lost a tennis match and fell into a state of doubt, I usually chose to take a pause and practice mindfulness. I know I couldn’t stop waves of self-criticism, but I could learn how to surf through practicing mindfulness. Nowadays, I still have a lot of inevitable self-blame, but I know it is impermanent like clouds in the sky, appearing and then dispersing. Mindfulness does not only change the relationship with my harsh criticism, but also cultivates my self-compassion, resilience, and deep commitment to my favorite sport—tennis. I may lose a match, but I will never be a failure with a compassionate heart.

To finish, I want to say thank you to all the teachers, researchers, and all other staff at the OMF where I completed an eight-week course and am in the process of completing my teacher training. I can see how my life has been transformed. I hope I can pass down your knowledge, commitment, and generosity, sharing mindfulness with more people.

Wei Wang comes from China. She is a tennis player, mindfulness practitioner, and a future doctoral student at the University of Wollongong.