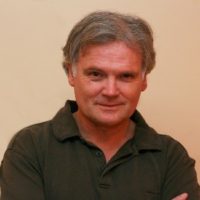 A year of living mindfully

Tony (pictured) has vast experience across many different areas of mental health; as the director of the CBT course at Trinity College Dublin for 15 years; an author of books such as “Coming Through Depression: A Mindful Approach to Recovery”; and working in an advisory capacity to the Irish government on mental health policy. Tony is also the founding director ofHeadstrong – a national, not-for-profit organisation designed to support the mental health of young people in Ireland.

Each week, on the Tuesdays in 2013, the Irish Times ran Tony Bates’s column “A Year of Living Mindfully.” The column was widely read and as the year progressed Tony became aware of a community of readers following his journey. People in the street would speak to him about how they started practising mindfulness alongside him and his column. As part of the Oxford Mindfulness Centre’s seminar series, Tony Bates spoke powerfully about his experience practising and writing about mindfulness and the impact this has had on his life since that time.

Having been aware of mindfulness for a number of years, Tony made the decision to live a year mindfully following a visit to the House of Lords in 2012. He wrote an article at the time about how the experience had made an impact on him. He made the choice to develop a regular mindful practice over the course of a year, approaching his practice as a beginner. He was clear that the choice was not to devote a year to mindful practice but to commit to mindful practice over a year in order that it may impact on the way he lived the year – not to live to practise but to practise to live.

Tony spoke about a period of learning and how he settled into practice over the year. He quickly became aware of his own incessant internal monologue about himself. He was aware of how he would react to these thoughts, being alarmed by anything which seemed to threaten his sense of self and focusing and ruminating on anything which would enhance his self-image.

Over time Tony found he was able to attend to thoughts and emotions he may otherwise have avoided; things he saw as his vulnerabilities and shortcomings. He spoke of how important it was to be kind and compassionate towards himself as he was practising. As his practice developed he was more able to feel his emotions as they were, without tensing, tightening or wanting to run away and with no cognitive narrative; he experienced moments where he was aware rather than self-aware, where the “I” seemed to disappear.

Tony talked about the range of experiences he had through mindful practice over the year. This varied from moments of calm, and time where he appreciated the sounds of the city and the changing sunlight – days where nothing at all extraordinary happened and it was “just another day of being present”. However, there were also times when practice brought him close to uncomfortable emotions, including time on a ten-day silent retreat when he broke down in tears.

His choice to write about his experience in a column presented challenges. He explained that knowing that he had to write a column about his experiences could make it more difficult to practise as it was tempting to analyse what was happening whilst he was meditating because he knew he had to write about it later. Tony made a conscious effort to be honest in his writing about how he was experiencing mindfulness, even when it would have been more comfortable to gloss over things which were not positive.

Tony talked about both the short term impact of his practice and what he learned from the year subsequently. Although he was more resilient, it ultimately didn’t make life easier.

The day following the final column of “A Year of Living Mindfully” was published, Tony had a heart attack. He went on to face a number of serious health issues, including 11 hospital admissions over the subsequent 18 months. This was a challenging period, and not surprisingly led Tony to question what had happened as a result of his year of practice! He had not expected significant health issues to be an outcome of a year lived mindfully. However, ultimately, Tony found that he could use his practice in unforeseen situations. Lying on a hospital bed, he used the techniques he had practised over the year to ground himself.

Since recovering, Tony has been involved with a vast range of projects. He has spent time documenting the 50 year anniversary of Bolton Abbey in County Kildare, celebrating the lives of the men who live and work there. He has continued to work in the development of Jigsaw, part of the provision offered by Headstrong, which provides support for young people and their mental health. He has also worked bringing mindful techniques into different workplaces, in environments which can be stressful, varying from orchestras to airlines.

Tony reflected on the impact the year lived mindfully had on his life. Tony concluded that for him, mindfulness is useful as a means as opposed to an end in itself and has enabled him to respond more skillfully to daily life experiences. Tony’s seminar was honest, human and reflective. He spoke about his own personal experience of mindfulness engagingly, and was open about his ongoing experience. Just as Tony reflected on the challenges of putting into words his experience of practice, it is difficult to convey here the richness of Tony’s seminar and I would highly recommend you read his articles and listen to him speak via the links below.

Tony’s articles for the Irish Times can be found here.

Tony’s talk Coming Through Depression is available on Youtube.

Anna is a member of the MYRIAD research team 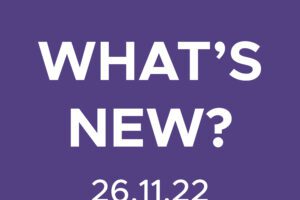 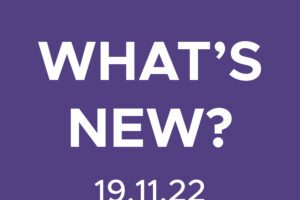