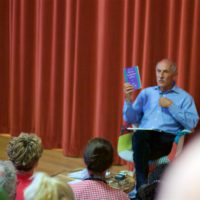 At the Oxford Mindfulness Centre we are conscious of our lineage. The OMC would not exist if not for a group of pioneers who brought ancient wisdom from the East and brought it to life in Western culture. The seeds of wisdom were the same, but the soil was different. They developed into the movement of mindfulness that is growing in many branches of modern society, including here today in Oxford.

Among these pioneers was Jack Kornfield. Upon returning to the United States from Thailand, Burma, and India, he co-founded the Insight Meditation Society in Massachusetts, and the Spirit Rock Center in California. Now, after many years of training Buddhist Dharma teachers, he is bringing his depth of experience and understanding to the training of mindfulness teachers internationally. This month, the OMC hosted Jack for an evening of practice, teaching, and conversation, and I had the pleasure of attending this intimate and anticipated gathering.

We settled around Jack in the theatre, who looked upon us with welcoming eyes. He asked, “What do you want these two hours to be about?” At first, there was a tentative silence. Although the event had been entitled a ‘conversation’, most had not been expecting it so literally. Jack invited us to co-create the evening, and gradually people began to share their thoughts and contribute topics for discussion. At one point, the conversation touched on a palpable tension that exists within the field. In the words of Ruth Baer, who addressed the International Conference on Mindfulness earlier this month, mindfulness is often taking the rap for being ‘too Buddhist’, or ‘not Buddhist enough’. Jack is often regarded as one of the fathers of modern mindfulness, and unsurprisingly, he is a true master of mindful parenting. To him it is not ‘too’ anything: It simply is. 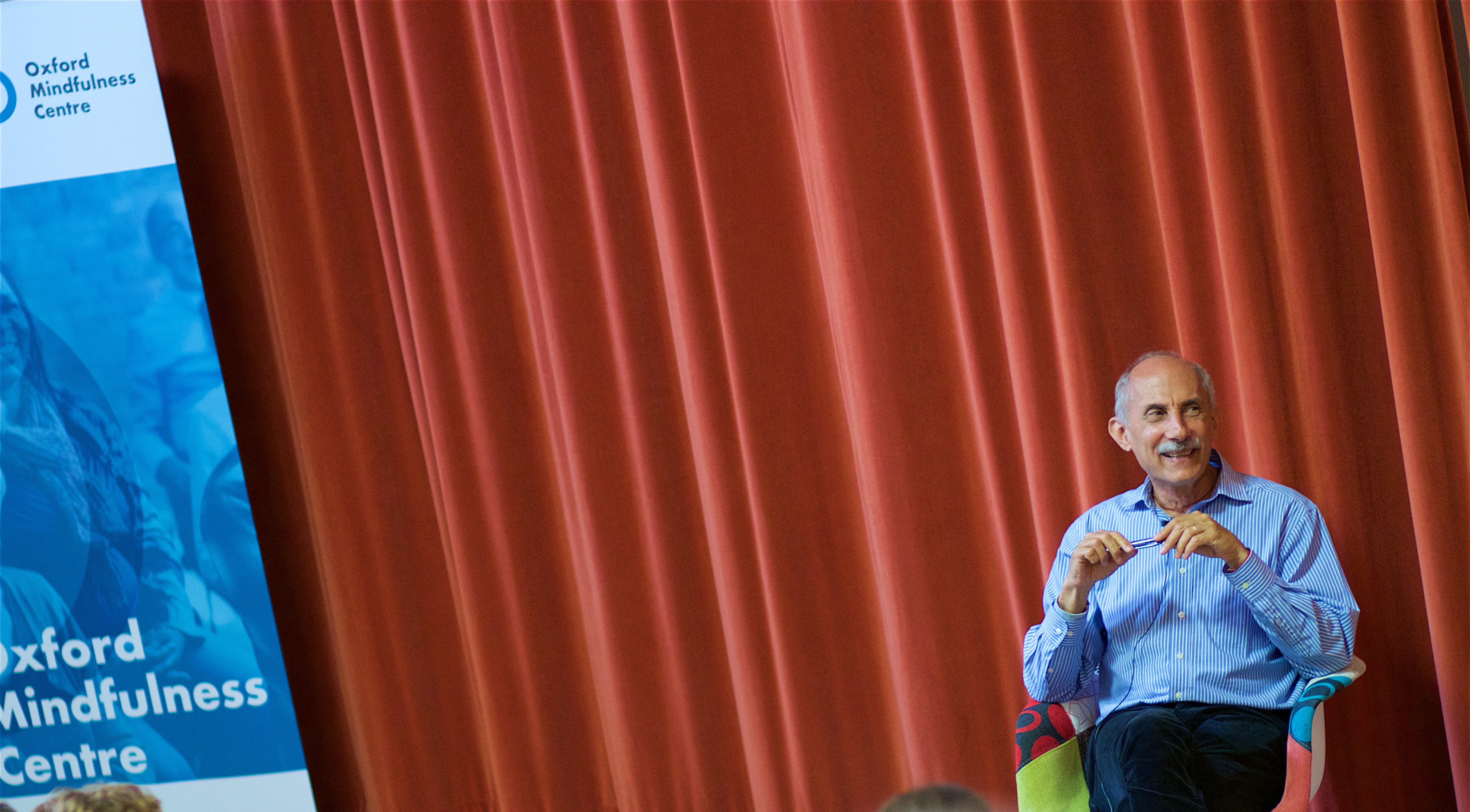 Jack explained how mindfulness can exist in a secular context, because the practice is not about belief, but about paying attention to life and honouring your experience. As such, you can practice mindfulness outside of any organised religion. However, you cannot take the sacred out of the practice, because life itself is a sacred thing. A member of the audience admits that while he has gained much from his mindfulness practice, he still has a hard time reconciling these ideas with his scientific mind. Jack pauses briefly with a curious look.  “Have you ever been in love?” The man said he had, but that wasn’t particularly mysterious; it could be explained by the chemicals released in the brain, et cetera. Jack counters, “Do you remember how it made you feel?” And that is what’s important: not the explanation, but the experience itself. And while it is true that scientists have shown that the release of neurotransmitters can be linked to certain mental states, no scientist would claim to understand how that gets translated into our subjective experience. And even if they could, would this make it less worthy of honouring?

So we agreed that life is indeed full of mystery, but it is not always as grand as falling in love. In Jack’s words, “In life we share not just the beauty, but also the ocean of tears”. Mindfulness teachers need to be well-resourced in dealing with trauma, to support people with the full spectrum of human experience. When life knocks us off our feet, we can feel more alone than ever and perhaps like we have irretrievably lost a part of ourselves. However, it is possible to help people challenge this feeling of disconnection and retrieve a sense of wholeness.

To illustrate, he recounted the story of a person, who addressed him at an event in a room of at least 3000 people. She had stood up, distraught, and recounted how her husband had tragically committed suicide not long ago. After some exchange, Jack turned to the audience: “Has anyone else experienced the suicide of a loved one?” He invited them to stand up. To her surprise, people began to rise from the crowd, until there was a sizeable scattering of people facing her. They looked upon her with an expression of painful knowing, and deep connectedness, in what had suddenly become a feeling of shared loss, as they swam united in the ocean of tears.

There are some aspects of mindfulness teaching that will remain important, regardless of time or place. On the other hand, we also discussed the times when it is important for the original teachings to evolve with our new ways of being. For instance, some aspects of monastic Buddhist life were traditionally patriarchal, whereas modern mindfulness makes space for gender diversity. It feels apt to have this discussion in Lady Margaret Hall, which was once the first women’s college in Oxford. However, Jack insisted that for the movement to flourish further, we need to keep opening to more contexts and cultures: “With new cultures comes new creativity!” This is a timely discussion with the OMC Summer School fast approaching, where the subject will be ‘Compassion in Action: Mindfulness-based Cognitive Therapy in a Changing World’, exploring how to introduce more diversity into the field.

“Your grandma’s mindfulness isn’t going to be your mindfulness”, he laughs. The irony being that the majority of our grandmothers won’t be familiar with what mindfulness is. But thanks to the dedicated work of Jack and others, the next generation will, and no doubt they will adapt it to suit their own circumstances. He waves us away, laughing: “Have fun with it!”

Alice Tickell is a Research Assistant at the Oxford Mindfulness Centre.