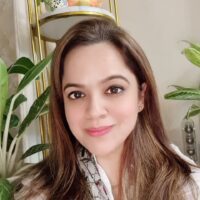 The Oxford Mindfulness Foundation partners with The Mindful Foundation in India

A country of 1.44 billion people and the 5th largest economy in the world, India recently celebrated its 75th year of independence. On the one hand, India has a booming economy creating deep global footprints, growing far stronger than any of its counterparts, and on the other it’s a country with the most ancient wisdom traditions. A country of diverse religions, languages and cultures, India has a deep-rooted connection with Mindfulness as we currently know it.

The fast-paced economic and corporate growth has given rise to natural misalignments for individuals in terms of holistic wellbeing – from a mental, emotional, physical, social and spiritual perspective, with mental health being the most impacted. The national mental health survey 2016 revealed that close to 14% of India’s population required active mental health interventions with 56 Million Indians suffering from depression. According to the World Health Organisation (WHO), there are only three psychiatrists and psychologists for every 1,00,000 people. It has predicted that owing to the pandemic and its influential factors, the number of patients who have any mental disorders will touch 20 per cent in the country. India has one of the highest prevalence of mental illnesses globally.

This creates a question – how might we be able to prevent, proactively intervene and provide support for individuals who may be vulnerable to mental health disorders? “Health promotion mainly deals with the determinants of mental health and aims to keep people healthy or become even healthier. In other words, mental health promotion aims to help an individual achieve psychosocial well-being and cope with adversity. On the other hand, prevention of illnesses focuses on the causes of risk factors to avoid illness.” – Psychiatry Investigation Journal.

The Mindful foundation is founded with this objective in mind – to promote mental health awareness, to reshape the conversation around mental health in India alongside providing primary prevention techniques to individuals. To help achieve this, the foundation has partnered with the Oxford Mindfulness Foundation to bring evidence-based mindfulness-based cognitive therapy programs to India for the first time.

The Mindfulness based Cognitive Therapy programs are targeted at individuals under the promotion/awareness and prevention spectrum. The programs currently offered are those developed by the Oxford Mindfulness Foundation in partnership with the University of Oxford.

About The Mindful Foundation

In 2020, the world as we knew it changed and threw us into an unknown territory; mental health issues became even more pervasive, the conversations around them became more frequent and the need for intervention became more evident.

The foundation offers free live sessions, introductory courses and the 8-week Mindfulness for life course with support for speakers of Hindi and other regional languages.

In addition, The Mindful Foundation is subsidising 50% of the course fee for participants from India for the rest of 2022 for the courses provided by the OMF.

For more information and to sign up for the course, please visit www.themindfulfoundation.com