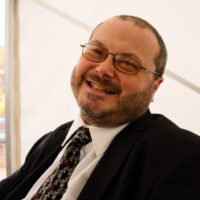 MBCT: The teaching goes both ways

A Tribute to Di Cowan, a client who taught me much about compassion

As a researcher and clinician, I am reminded continuously how much clients – who come to us for help during times of difficulty in their lives – give back to us. Sitting face-to-face with hundreds of people over the years, I have been fortunate to witness incredible resilience, strength, kindness and the capacity to change and grow. I’d like to tell the story of one client, Dixon Cowan (“Di”), who taught me much about selflessness and compassion.

Di had suffered with recurrent depression for most of his adult life. I first met him in March 2006, before I came to the Oxford Mindfulness Centre, when he enrolled in our mindfulness therapy research trial (Kuyken et al., 2008). The trial’s aim was to establish if it would be helpful for people like Di to complete an eight-week Mindfulness-based Cognitive Therapy (MBCT) course as an alternative to staying on anti-depressant medication long-term. When Di explained what he wanted to get out of the course, he said something quite unique: “I want ways to deal with my health problems better, so that I and the people around me are better off.” Family was always a priority for Di, and he would speak often, with the eloquence of the English teacher he was, about his deep affection for his wife, Helen and their two sons.

His earnest wish to change so that both he and his family and friends would be happier was something I saw evidence of throughout the eight-week mindfulness course. Mindfulness courses involve learning how to use a range of mindfulness practices to become more aware of thoughts, feelings and bodily sensations and relate to them with curiosity, kindliness and equanimity. Sometimes we use readings to illustrate how mindfulness can help us step out of old patterns of reactivity that can trigger depression.

During one of the sessions, Di explained to the group that he was a fan of the singer song- writer David Gray, and that many of his songs were resonant with what he was learning in the course. At the end of the programme, Di said mindfulness has “given me the ability to come up against something that would have previously thrown me, to think it through, come up with a solution and then move on. It has given me a road to travel; I am not alone with regard to my difficulties, I am not isolated.” I bought some David Gray CDs and listening to them I came to see what Di had meant.

One particular song, Breathe, resonates strongly with me:

“Your crenulated wealth, Your educated self, Your family, Your rude health, and all the joy it brings. Aren’t we forgetting something, feet out on the ledge and Breathe, Breathe, Breathe.”

Shortly after completing the mindfulness trial, Di was diagnosed with ‘multiple myeloma’ and had to undergo treatment, including a major spinal operation, which left him less mobile than he was before. He managed his illness and pain in part using the techniques he learned in the MBCT course.

More than once I had emails from Di on hospital wards where he was receiving treatment. He didn’t say, but I knew he was probably experiencing tremendous pain and discomfort. Yet his words, ever insightful, were light-hearted. As ever, he took the time to express his appreciation and concern for others. He would speak at length of his gratitude for the care he had received from health care workers, naming them one by one and would be unstinting in describing his love for his family.

In one email, he said, “my friends and family say the mindfulness has helped me.” I was struck time after time how, despite his challenging health problems, Di was able to tap into a different way of being and not spiral down into negative thinking, rumination or helplessness. It was sometimes a struggle for him to maintain his mindfulness practice, though, and he wisely decided at one point – when he felt himself spiralling down – to go back on to antidepressant medication to safeguard his mental health. I was pleased that he had gained such perceptive awareness of his thoughts, moods and emotions to recognise that he needed this extra help. At one point, he wrote, “Over the last few weeks, I have to admit that my daily practice has been erratic… Concentration, wandering, falling asleep, aches and pains, lethargy, etc, have all played their part. Despite this, I will try to persevere in weaving the parachute.” Weaving the parachute is a metaphor used to describe taking the time to make something we can use to help us when we need it. I have no doubt that his perseverance was a potent homage of love for his family and friends.

Sadly, Di passed away from his illness a few years ago. Every time I hear a David Gray song, though, I feel a sense of gratitude that our paths crossed, that my work was helpful to him and that my life has been enriched by knowing Di. I also have a sense of wonder at how who he was in 2006 integrated with what he learned in MBCT, and how towards the end of his life this was manifest most powerfully as compassion for his family.

Willem is Professor of Clinical Psychology at the University of Oxford and Director of the Oxford Mindfulness Centre.

Willem receives no payment for public engagement or consultancy, and any remuneration is paid in full to the not-for-profit charity Oxford Mindfulness Foundation. He is Director of the OMC and Principal Investigator of several NIHR and Wellcome Trust grants evaluating MBCT.

Halley co-wrote this piece pro bono as a donation to the Oxford Mindfulness Foundation. 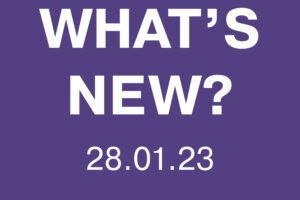 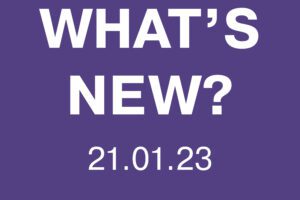 Opportunity to be part of the Oxford Mindfulness team – comms support

Would you like to volunteer with our colleagues to support the mental health of our global communities via fundraising and grant capture? We are looking for volunteers to work with our Communications and Fundraising Officer to support us as we increase the momentum of our fundraising work.